Between the eighteenth and the first half of the nineteenth century, an idealised idea of Italy emerged from paintings and literature. Italy didn’t exist as a nation yet, and in the eyes of the Romantics, Italia was merely the place where the ancients had lived. Rome, Florence, Venice, Naples, Sicily, and many other towns and cities, all contributed to this “open air museum” with their magnificent and idealised antiques. What follows are just some examples of works of art and pieces of poetry that reflect the mood of this long period. The theme of beauty was also often combined with that of oppression and freedom, as Italy was not unified yet. 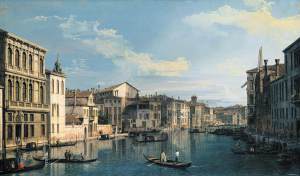 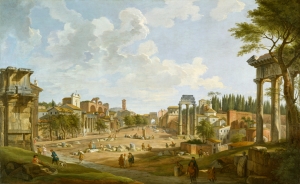 Go thou to Rome, at once the Paradise,
The grave, the city, and the wilderness;
And where its wrecks like shattered mountains rise,
And flowering weeds, and fragrant copses dress
The bones of Desolation’s nakedness…
Percy Bysshe Shelley (1792-1822), Adonais, stanza xlix (1821) 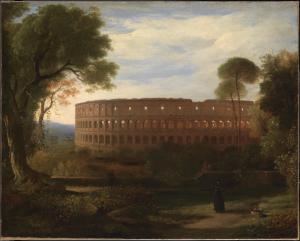 “The Niobe of nations! there she stands,
Childless and crownless in her voiceless woe;
An empty urn within her withered hands,
Whose holy dust was scattered long ago;
The Scipios’ tomb contains no ashes now:
The very sepulchres lie tenantless
Of their heroic dwellers; dost thou flow,
Old Tiber! through a marble wilderness?
Rise with thy yellow waves, and mantle her distress.”
Lord George Gordon Byron (1788-1824), Childe Harold’s Pilgrimage, IV. 79. (1812-1818) 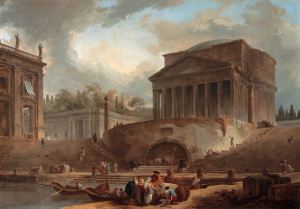 Italia! oh Italia! thou who hast
The fatal gift of beauty, which became
A funeral dower of present woes and past,
On thy sweet brow is sorrow plough’d by shame,
And annals graved in characters of flame.
Lord George Gordon Byron (1788-1824), Childe Harold’s Pilgrimage, IV. 370. (1812-1818)

I stood within the City disinterred;
And heard the autumnal leaves like light footfalls
Of spirits passing through the streets; and heard
The Mountain’s slumberous voice at intervals
Thrill through those roofless halls;
The oracular thunder penetrating shook
The listening soul in my suspended blood;
I felt that Earth out of her deep heart spoke–
I felt, but heard not:–through white columns glowed
The isle-sustaining ocean-flood,
A plane of light between two heavens of azure!
Percy Bysshe Shelley (1792-1822), Ode to Naples, Epode 1a (1820) 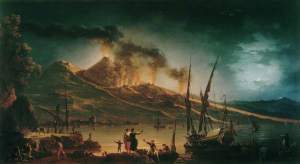 Happy is England! I could be content
To see no other verdure than its own;
To feel no other breezes than are blown
Through its tall woods with high romances blent:
Yet do I sometimes feel a languishment
For skies Italian, and an inward groan
To sit upon an Alp as on a throne,
And half forget what world or worldling meant.
Happy is England, sweet her artless daughters;
Enough their simple loveliness for me,
Enough their whitest arms in silence clinging:
Yet do I often warmly burn to see
Beauties of deeper glance, and hear their singing,
And float with them about the summer waters.
John Keats (1795-1821), Poems (1817) 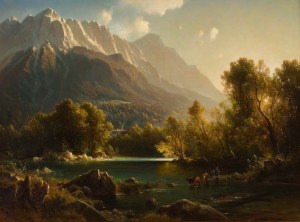 UNDER the shadow of a stately Pile,
The dome of Florence, pensive and alone,
Nor giving heed to aught that passed the while,
I stood, and gazed upon a marble stone,
The laurelled Dante’s favourite seat. A throne,
In just esteem, it rivals; though no style
Be there of decoration to beguile
The mind, depressed by thought of greatness flown.
As a true man, who long had served the lyre,
I gazed with earnestness, and dared no more.
But in his breast the mighty Poet bore
A Patriot’s heart, warm with undying fire.
Bold with the thought, in reverence I sate down,
And, for a moment, filled that empty Throne.
William Worsdworth (1770-1850), Memorials of a Tour in Italy (1842) 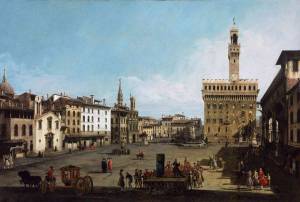 [You will have nothing of your son but his song,
motherland of mine: and our fate already
written, the unmourned grave.]
Translation by Nick Benson 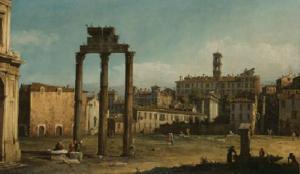 [O my country, I see the walls and the arches and the
columns and the statues and the lonely towers of our fore
fathers, but the glory I do not see.]
Translation by George Macaulay Trevelyan (1911) 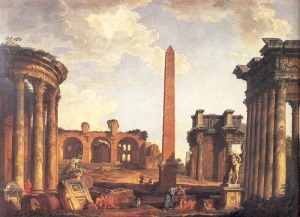 How has kind Heav’n adorn’d the happy land,
And scatter’d blessings with a wasteful hand!
But what avail her unexhausted stores,
Her blooming mountains, and her sunny shores,
With all the gifts that heav’n and earth impart,
The smiles of nature, and the charms of art,
While proud oppression in her valleys reigns,
And tyranny usurps her happy plains?
Joseph Addison (1672-1719), A Letter from Italy (1701) 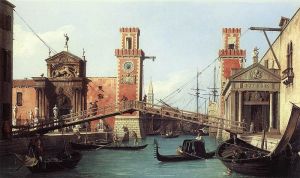 She looks a sea Cybele, fresh from ocean,
Rising with her tiara of proud towers
At airy distance, with majestic motion,
A ruler of the waters and their powers:
And such she was; — her daughters had their dowers
From spoils of nations, and the exhaustless East
Pour’d in her lap all gems in sparkling showers.
In purple was she robed, and of her feast
Monarchs partook, and deem’d their dignity increased.
Lord George Gordon Byron (1788-1824), Childe Harold’s Pilgrimage, IV. 10. (1812-1818)

1 thought on “When Italy had the “Fatal Gift of Beauty””